this morning wst... received an email from mr.randall t. hayes, informing us that he is a member of the constitution party and that he will be standing for election for louisiana's sixth congressional district congressman. the sixth congressional seat is the seat vacated by the resignation of richard hugh baker.

we strongly urge our fellow louisianaians to seriously consider and then vote for third party candidates. the sooner we rid ourselves of carpetbaggers and scalawags a/k/a/ republicans and democrats the better off we all will be. 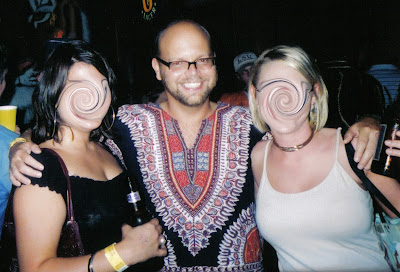 Randall T. Hayes announces candidacy for U.S. Representative from the 6th District of Louisiana
I, Randall T. Hayes, am happy to announce that I will be a candidate in the special general election to fill the U.S. House seat serving Louisiana's Sixth Congressional District. The special general election is scheduled for May 3, 2008, but could be moved up to April 5, 2008, if there is no need for a special second party primary to choose the nominee of any of Louisiana's five recognized political parties. (If you think that this is an unnecessarily confusing way to run an election, I agree with you.)

In the coming days and weeks, I will be sharing my reasons for running and my thoughts about the campaign via this blog.

I will list now, though, my primary reasons for running:

1. To educate the people of Louisiana about the drastic changes which were made in how we will be conducting our U.S. House and U.S. Senate elections.

2. To explain why one of these changes - the requirement of a mere plurality, rather than an absolute majority, to win the general election - was a very bad idea.

3. To suggest alternatives to the plurality voting system.

4. To help arouse interest in what might be a very boring, though still possibly important, election.

5. To challenge the dogmatic and muddled thinking that many otherwise clear-thinking people engage in at election time, simply because they have been conditioned by a manipulative political establishment to NEVER think outside the box on political/electoral matters.